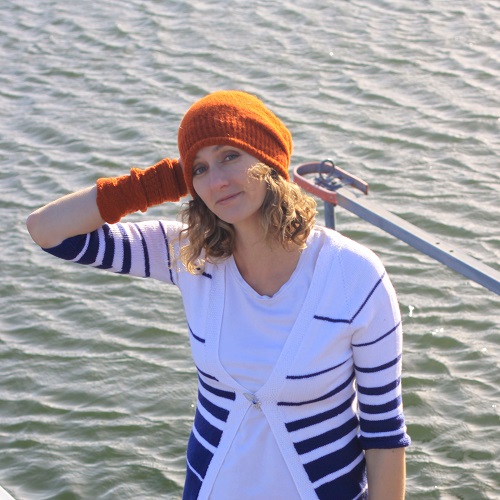 My name is Tineke, and I'm a software engineer and a knitter.

In 2016 I launched www.kniterator.com , an online pattern generator. When I was working with test knitters for the patterns it generates, I found the process difficult. It was hard to find testers, when I didn't already have an established following, and my test calls in the Ravelry test groups were quickly eclipsed by other calls because of the high volume of tests being posted there.

It was hard to maintain communication with my testers. Some of them wanted to communicate via Ravelry, some via Facebook, some via email. Some I lost contact with completely during the process.

After a while it was easy to see who were my trusted testers, who always completed the pattern, gave useful feedback and provided good photos of their finished knits.

But the process was still so frustrating! And when I spoke to other designers (especially those just starting out) I heard a lot of the same complaints. I started to daydream about a one-stop platform for running your pattern test from start to finish ... and Yarnpond was born. I started building it in my free time in late 2017, went through alpha and beta testing with a handful of designers in the spring of 2018, and launched to the public in June 2018.

Although I tend to use the words "we" and "us" when I write about Yarnpond, it's actually just me. I've built the platform myself with input from a handful of helpful designers who have helped me understand their pain points, and with those wonderful alpha & beta test designers who entrusted their test knitting process to the platform when it was still in its fledgling stages. I certainly hope that one day I can write "we" or "us" and actually be referring to a team.

My biggest hope for Yarnpond is that it can make your life easier, even in some small way. I have many many more feature ideas for Yarnpond, and you'll find some of them over on the features page. If you have something you really want to see, please contact me and let me know about it.

A little bit about Yarnpond

Yarnpond is written in Ruby on Rails and contains about 15,000 lines of code that were written by me, and a few more tens of thousands in external code libraries.

Behind Yarnpond is a Postgres database to store all the data.

The Yarnpond server is hosted by a company called Oderland, and it runs on electricity from renewable sources only.

Right now we have 1114 registered designer accounts and 14890 registered testers.

Want to get in touch?


A note about support hours

I try to stick to normal weekday working hours, but I do see my emails on evenings and weekends. If your problem is very urgent, please send an email with the word "URGENT" in the subject, and I'll do my best to give it priority attention.